Energy Minister Mathews Nkhuwa says government is working with the private sector in finding lasting solutions to the energy crisis that has hit the country after the country experienced droughts in some parts which has affected the water levels at Lake Kariba.

And Kalahari Geo Energy (KGE) Director Dr Moses Banda says the first phase of the geo-thermal project will be completed by mid 2021 which will give the company the full details of how much power will be produced.

Speaking when he toured the site for Geothermal power project in Bweengwa, Nkhuwa said government was not sitting idle but that it was engaging stakeholders to ensure that lasting solutions are found which will relieve the country from over dependence on the hydro power generated from the Kariba.

He assured the nation that government appreciates the effects of the power situation in the country hence his visit to Monze to get first hand information on one of the best renewable sources of energy.

“People out there are crying that government is not doing enough to look into the shortage of electricity. This site here they are drilling so that they can have Geo thermal power. As you will be able to see on some of the pictures, there is hot water coming out, about 110degrees and the is the water that is going to turn the turbines which will turn the generators and then the generators will be able to generate electricity so in a few years time this will be a power plant it won’t be a drilling site anymore.

“As government we allowed these contractors to be here. We gave them a concession so that they can drill and be able to see how they can produce electricity and so far the results that are showing here are very very positive that we should be able to have power being generated out of here. This is one of the cheaper and renewable way of producing power because as you can see it is the hot water that is coming from the ground unlike coal powered plants,” he said.

And Nkhuwa called for patience among citizens saying some projects will take years for people to start benefiting.

“…so these things don’t just happen overnight. It’s not like in God’s time when he said let there be sunshine and the sunshine just comes, let there be night time and the night time comes, we are only human beings and we need to be patient so the government is working with the private sector to make sure that we improve the energy sector in this country and that’s why I’m here to represent government to see what is happening to make sure that we are on time with everything. So it is a good project, renewable energy and it will be the first one in Zambia probably the second in Africa.”

And Dr Banda explained that the power project is the first of it’s kind in the country and only second in the continent from Kenya adding that first phase of the project will be completed within 18 months.

He echoed the Minister’s sentiments about patience saying it has taken the company 10 years to reach the stage they have reached hence the need for people to be patient with not only government but other stakeholders who are working with government in resolving the energy challenges in the country.

He assured the minister that the drilling was on course and that they expect to hit 150 Degrees Celsius temperatures which will be able to produce 15-90MW of power.

Dr Banda who expressed gratitude to the Minister for being the first Cabinet to visit the site further said the project has so many direct applications which will create thousands of jobs for the locals and the entire country at large.

He said the company will not engage in economic activities from the direct applications but that it has left the envisaged benefits to other people whom he said can be anybody willing to invest in one of the many off-shoots of the project including local people provided they have the idea and capacity to do so.

Kalahari Geo Energy has invested in one of the kind power generation project by exploiting the geothermal energy resource in Bweengwa on the boundaries of the Lochinvar National Park. 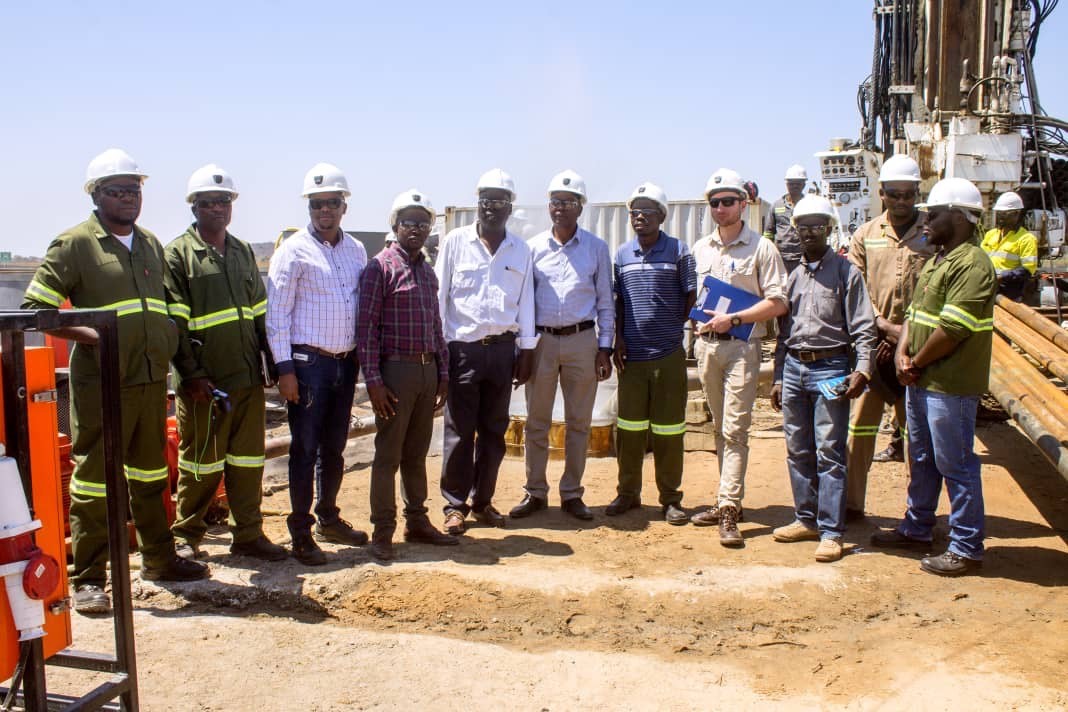