Zambia, while not usually associated with Geothermal news may in-fact be a good example of the maxim ‘less talk and more action’ in Africa, as Kalahari GeoEnergy (“KGE”) waits to complete its resource delineation drilling and well testing programme once southern Africa lifts the current Pandemic related restrictions.

Zambia has both the geologic setting for geothermal and a history of efforts to exploit the energy. There are over 80 thermal springs in the Country hosted in fault systems within Proterozoic basement rocks and associated largely with Karoo (Permian) era basins and also younger, East African Rift structures in the north-east of the County. In 1986, a Zambian – Italian joint venture established a 220kW Turboden ORC pilot plant at Kapisya, Lake Tanganyika. Without systematic geophysics or model, the shallow production wells intersected the foot wall and failed to provide sufficiently hot fluids; at that time there was no imperative for additional power so the project lapsed. 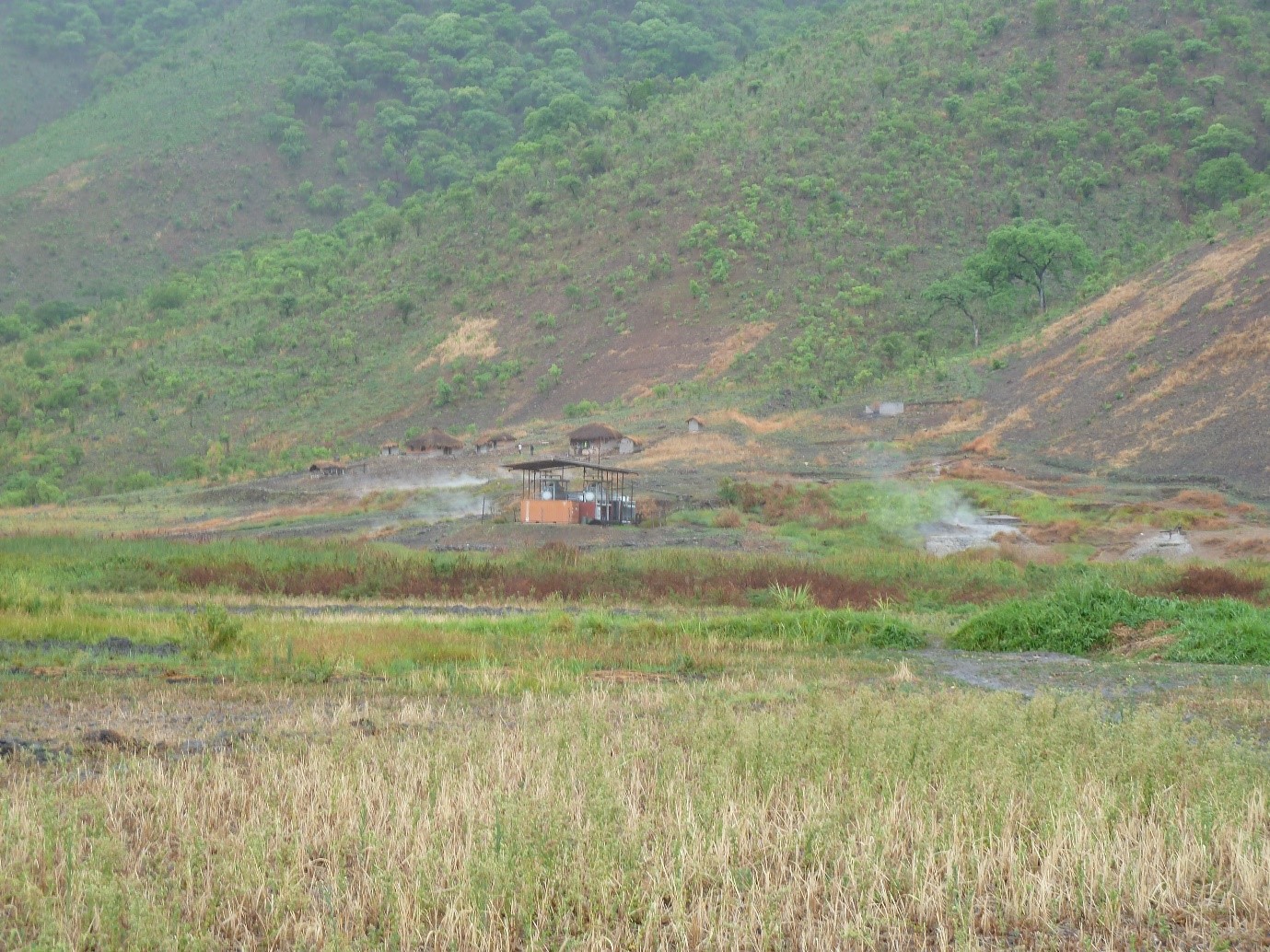 In 2011 KGE carried out a reconnaissance of most of the previously identified thermal spring areas, verifying pre-GPS era locations, establishing Geological settings and taking samples for hydrochemistry. From the resulting data set the Company focused on the Kafue Trough, a Karoo (Permian) era extensional, seismically active basin midway between the cities of Lusaka and Livingstone in the south of the Country, where no previous detailed exploration work of any nature had been undertaken. On the periphery of this basin the Company has six geothermal targets, on all of which it has conducted geophysics and detailed sampling. However, the focus has been on Bweengwa River Geothermal Resource Area, a fault hosted geothermal system associated with the southern basin bounding fault, extending some 9km along the fault. The area includes two large spring clusters and isolated springs. Multiple geological events have created a complex fault zone extending some 1.5km into basin and the permeability for geothermal fluids to circulate down some 5km and heated by the natural geothermal gradient. The Company has conducted systematic geothermal exploration methodologies, culminating in the engineering and drilling a current total of 18 temperature gradient and slim (artesian flow) wells, of which 12 were drilled in 2019.

Recent drilling has established two distinct reservoirs: an extensive (>1km2), prodigious, 100-110OC shallow aquifer (from 200m), following permeable layers in the Lower Karoo (sedimentary) stratigraphy, being fed by a deeper 150-160OC zone within splay faults in the underlying Proterozoic basement rock. It is believed that the entire system is most probably fed from one source within Kafue Trough. It is the current view that both the shallow and deep resources could be developed for power generation and the current resource model remains in line with the previously announced 15MWe in that part of the system currently being drilled. 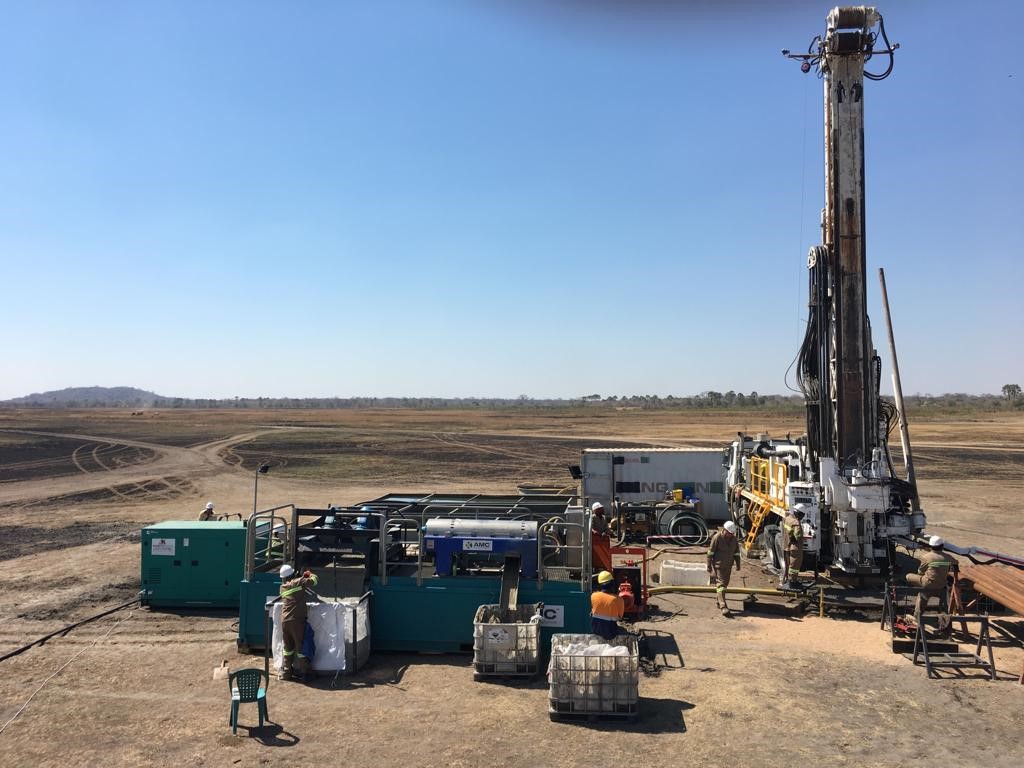 Preparing to drill a slim well at Bweengwa River 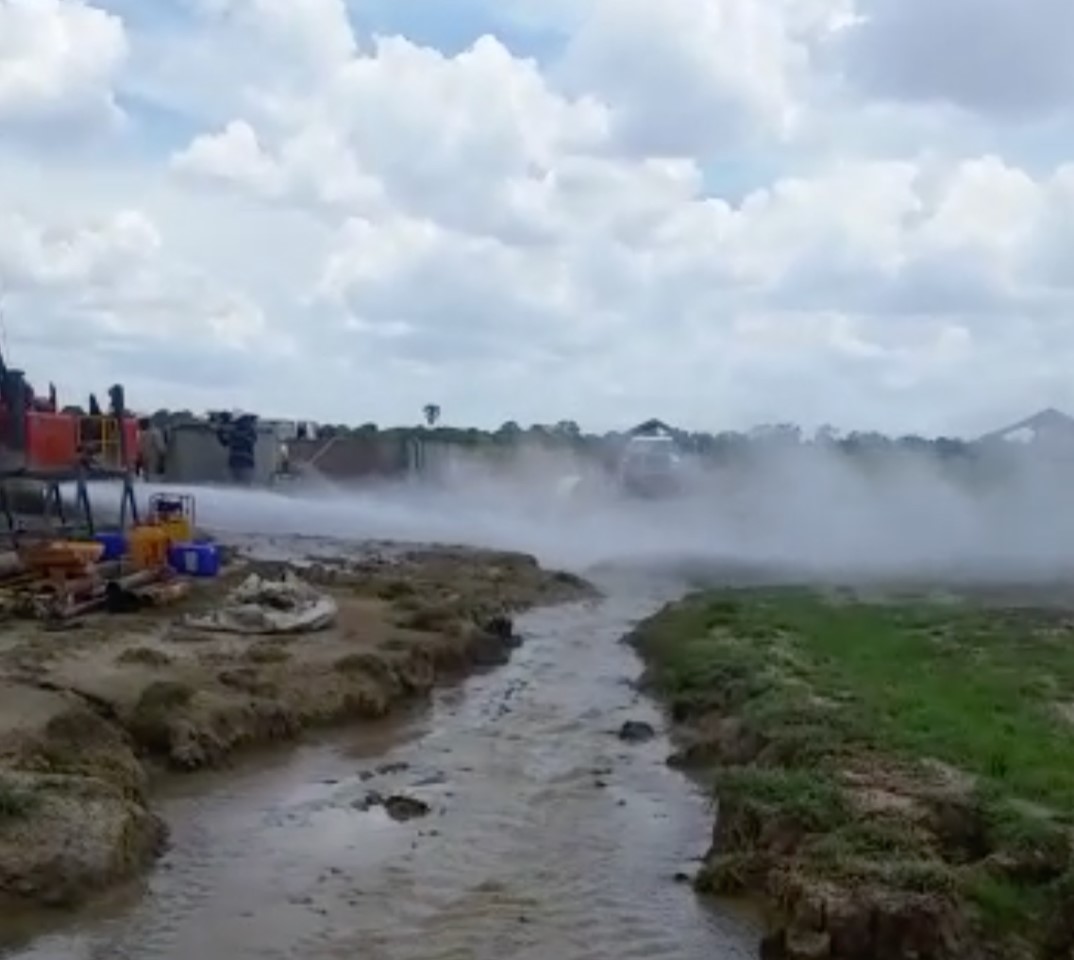 Artesian flow from 200m at a temperature of 110o C

The Company has the permits, funding and contractors in place and is ready to drill a further three resource delineation slim wells in a programme which is so designed as to test both the shallow and deeper zones in the established up flow area; if successful this will be followed by well flow testing of the slim wells perform a USTDA funded technical and economic feasibility study for potential power generation at the site supplied by resource from both the shallow and deep reservoirs. The programme has been designed and will be supervised by the Company’s long term advisors, Geologica Geothermal Group.

Subject to the period in which the Pandemic related restrictions remain in force, this could all be achieved in the next 10 months. The Company’s plan thereafter is to procure and install a sub-250kW ‘demonstration’ ORC unit on the shallow reservoir for stakeholder familiarisation and capacity building and which would also support demonstration units of direct applications, whilst permitting and funding for commercial scale operations are underway.

The Company has since inception promoted the concept linking power generation with the application of cascading direct energy for the thermal energy needs of appropriate agro-processing industries, which at Bweengwa would include milk processing, horticulture and aquiculture. KGE is working closely with the Government of Zambia and other stakeholders including the local community, to ensure that preparation for these applications moves at the same pace as the work to determine the feasibility of generating power. Energy is a strategic priority in the Country as the historic reliance on largescale hydro power has been compromised by changing climate/rain fall patterns as can be seen from the current power outages in the Country. 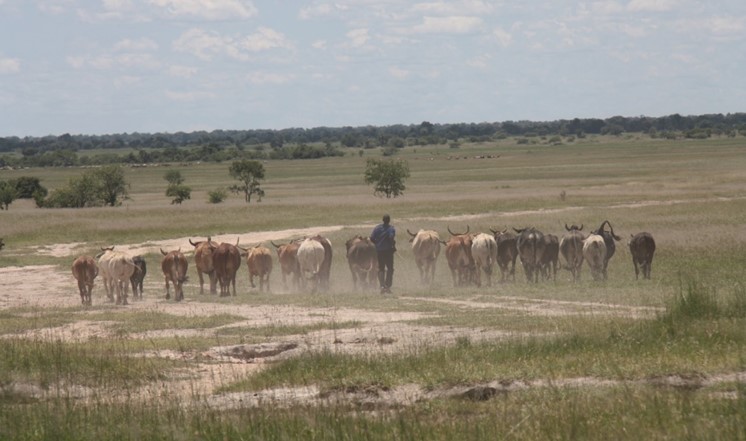 For Zambia, the project represents a new source of sustainable baseload power, which would provide socio-economic uplift, climate mitigation through agro-processing and environmental enhancement in a protected area where there has been significant encroachment by human and domestic animals. This fits in with the New Energy Policy of 2019 and the current efforts by the Government to diversify the national energy mix to include renewable energy. The availability of energy will also assist in increasing the energy access rates of the Country and the attainment of its Vision 2030 plan.

Success at Bweengwa River would provide a model and incentive for further exploration of KGE’s targets and also in the Karoo basins that stretch from the Equator to the Western Cape of South Africa, and all of which have evidence of geothermal systems.

Written by Peter Vivian-Neal. All photos and video stills by KGE