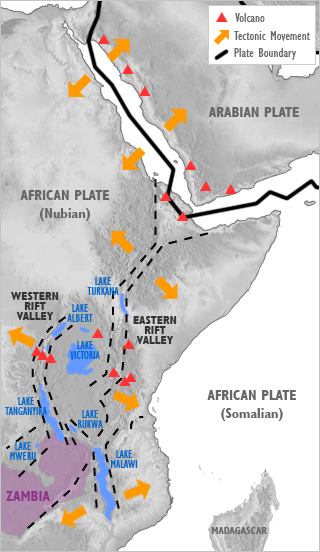 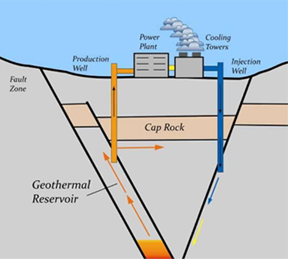 In the context of Southern Africa, the
conceptual model is of meteoric fluids
circulating in deep-seated faults being
heated by the regional geothermal gradient
and rising, to be held beneath low porosity
rocks (the Cap Rock) within the sedimentary
basin, so forming a geothermal reservoir.

Thermal springs are an indicator of, but
are not themselves an integral part of a
geothermal reservoir.

There are two distinct methods of using geothermal Energy to produce power; both are indirect applications, converting heat to mechanical energy which turns a turbine. Geothermal power is constant (base-load), has high operability, is sustainable due to re-injection of cool fluids and is environmentally sound.

While less efficient that direct steam driven turbines, binary units are modular and suited to well-head generation that can be increased as a field is developed. Binary plants are closed circuit and emission free. 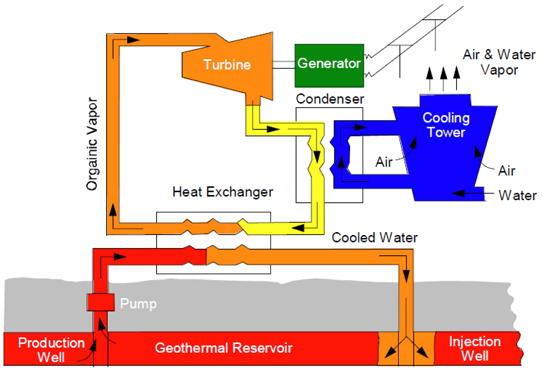 THE VALUE OF GEOTHERMAL ENERGY

Direct Applications of Relevance to Zambia and Sub-Saharan Africa:

Kalahari GeoEnergy Ltd is a member of the International Geothermal Association. For further information on Geothermal Energy and power production please see www.geothermal-energy.org